IRISA recruits its scientists in France and internationally from the best universities in the world.
More than 40% of our PhD students come from foreign countries, with more than 56 nationalities represented in the laboratory. 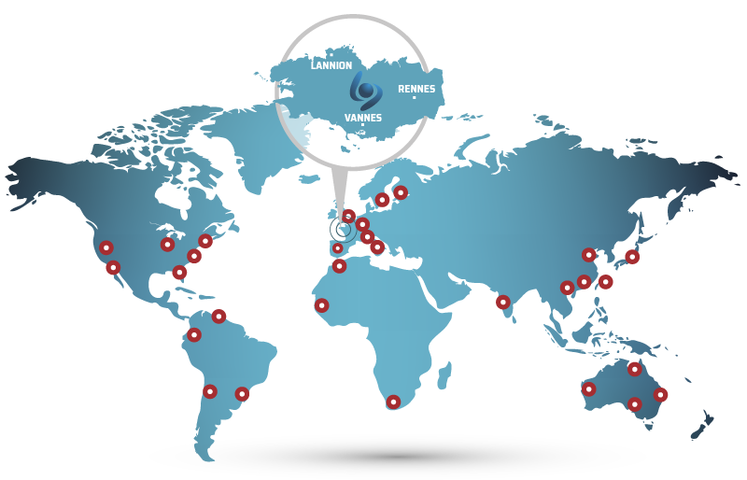 The expertise of our researchers is widely recognized and contributes to our international influence since every year, IRISA members are awarded prestigious international prizes and awards.
In addition to its seven European Research Council Grant (ERC) laureates and to its members of the Institut universitaire de France (IUF), the laboratory has several fellows of international scholarly societies such as ACM for IEEE.

The impact of the scientific contributions is attested by numerous awards around the world (Test Of Time Award, Best paper Award, Most Influential POPL Award...), and by a thousand publications each year, the majority of which are in conferences and journals with the strongest impact factors in the digital domain.

Read more about Awards and Prizes.

Advice to national administrations and authorities

This expertise is widely recognized in France and internationally but also outside the scientific community.
Indeed, administrations and authorities regularly request the opinion of our scientists to advise them in their decision making on key issues of society where digital science plays a role.
At the local level, IRISA supports Rennes Métropole and the Brittany Region in their public data service initiatives (Open Data Rennes).

Examples of interventions in specialized committees of the National Assembly