Eight young researchers, who have followed academic and industrial training specifically focused on "fog computing", apply their research to improving some aspects of drinking water consumption and management in the smart city of Valencia.
Discover this 29 of September, the presentation of the results and the announcement of the new experiments.

The evolution of the Internet of Things and the huge amount of data that it generates far from the data centers creates increasing pressure on long-distance network links, and may also lead to significant responsiveness issues for IoT-enabled services(cloud computing). In view of that, fog computing is emerging as an approach to make IoT-enabled services more responsive and efficient, by moving data processing closer to IoT devices and users.
So “Fog computing” is a new paradigm for hosting innovative applications and services, allowing the use of computing and storage resources located in the immediate proximity of end users. Fog computing offers many advantages such as a better interactivity for applications and improved use of available resources.

Giants in the ICT sector (Cisco, Huawei, IBM etc.) are heavily investing into this innovation line, which is expected to have a major impact on several application domains and to reach a worldwide market value of around $750 billion by 2025, after growing at a rate of 55.5%. .

IRISA at the heart of Fog computing, an emerging field of research

Fueled by these promising statistics, in 2017 the European Commission approved and funded the FogGuru project, coordinated by Guillaume Pierre (Professor at the University of Rennes1 , head of the Myriads team) to be more competitive in the field of "Fog computing" and to prepare a generation of professionals for these new technologies and their applications. Thus eight PhD students have been following an academic and industrial training and have the smart city of Valencia as their laboratory for experimentation.

The FogGuru project is a collaboration between two prestigious universities (Université de Rennes 1 trustee of IRISA and the Technische Universität Berlin  in Germany), two high-tech SMEs (Elastisys in Sweden and U-Hopper in Italy), as well as the EIT Digital Rennes and the Foundation Las Naves in Spain, which is developing a full-scale experimental laboratory in València, Spain

Coordinating this project is a unique opportunity for the research laboratory IRISA to position itself at the heart of the emerging and promising field of research that is fog computing. It is also a recognition of the site's scientific excellence and its ability to carry out research and doctoral training activities at the highest European leve, as Guillaume Pierre, coordinator of FogGuru project, professor Université de Rennes 1, head of Myriads research teams, says.

A research-based application for better water management in Valencia (Spain)

Over the last two years, the researchers have been designing and prototyping generic fog computing platforms and fog-enabled services for a wide range of application scenarios. Since November 2019, the company in charge of water management in the city of València, EMIVASA, welcomed the FogGuru researchers onboard a 1-year experiment for testing their technology and allowing both citizens and local businesses to experience firsthand the benefits of fog computing.The problem tackled consisted in the application of fog technologies for smart water management; specifically, for the detection of abnormal water consumption patterns (which may well indicate a leak or a potential fraud)

The greatest achievement for a researcher is when her studies turns into valuable applications for the economy and the citizens. Therefore, it was of utmost importance for us to allow our ESRs to deploy and test their technologies and demonstrate their usefulness to address real-world problems. Las Naves and EMIVASA have been great partners in supporting us with this. " as Guillaume Pierre, coordinator of FogGuru project, professor Université de Rennes 1, head of Myriads research teams, says

The presentation of the results and the new series of experiments will be unveiled on September 29th ... To be continued online 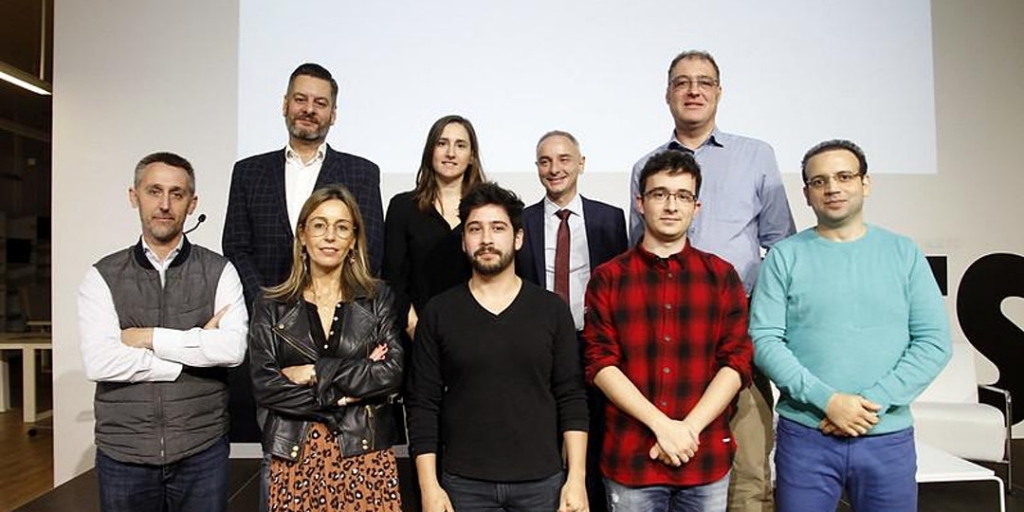 This has been an excellent opportunity for us to experiment how fog computing technologies may bring tangible ecological and economic benefits thanks to improved management of our precious water resources” - says Mr. Carlos Galiana, Councilor of Innovation of the València City Council of the Valencia Integral Water Cycle.

But that's not all: a new batch of experiments will be announced during the event, to be launched in the smart city of Valencia, in collaboration with Las Naves and La Marina de València, the complex of companies and activities composing the city's yacht dock area. The objective of the new experiment is to develop an open space where anyone can learn how to process IoT data, while supporting La Marina in measuring and analysing a number of relevant parameters, such as the level of the sea, the height of waves within the harbor area, the wind speed and other weather-related conditions.